The foundation of San Gimignano (San Gimignano delle belle Torri) dates back to ancient times. According to legend, in 63 B.C. two brothers, Muzio and Silvio, two young patricians escaping from Rome after their implication in the conspiracy of Catiline, sheltered in Valdelsa and built two castles: the Castle of Mucchio and the Castle of Silvia, which would develop in the future San Gimignano.
We arrived to San Gimignano in early September 2014. One of the worst summers as they told us on arrival. It was mostly wet mornings and sunny afternoons, but the views and delicious food made up for the weather. 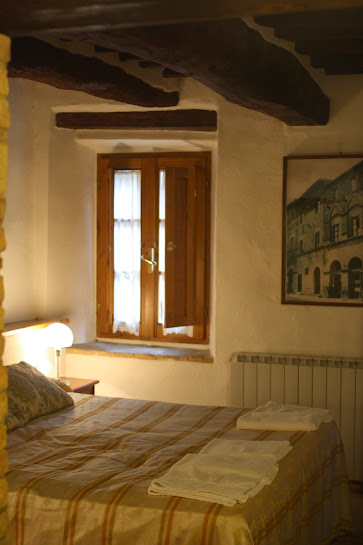 We stayed in Residenza D’Epoca Palazzo Buonaccorsi. A double room overlooking inner courtyard. Palazzo Buonaccorsi is an ancient building (XIII century) in the historical centre just 50mt from the gate San Matteo. We drove in to the city to unpack our luggage and then guided by the hospitable receptionist found a free parking outside the walls of old town.
San Gimignano is famous for its skyline of its medieval towers, of the 72 towers in the fourteenth century, only 14 remain. In 1990 the town was also registered in the list of UNESCO’s World Cultural and Natural Heritage. San Gimignano is surrounded by gorgeous countryside dotted with vineyards and olive groves. The main typical products of this land are fine wines, such as Vernaccia di San Gimignano, and saffron, that are produced here since medieval times.
Enjoy the first glimpses of the city, I will have more :) 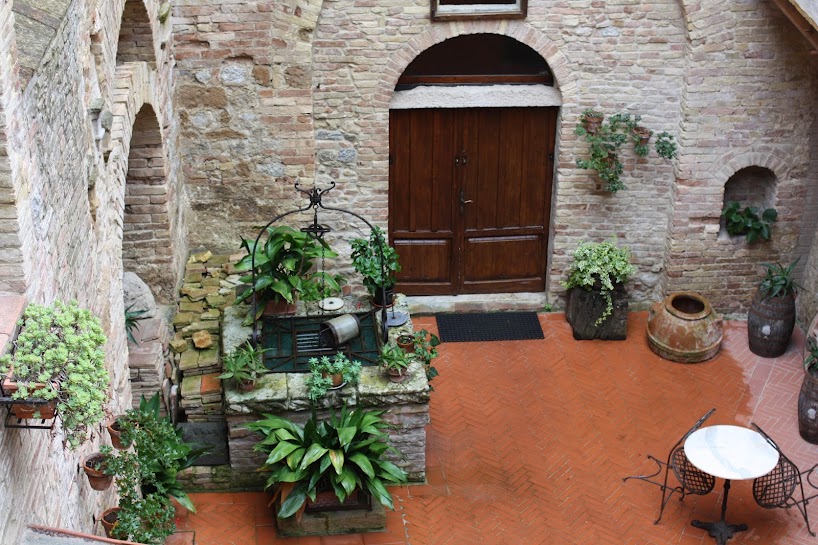 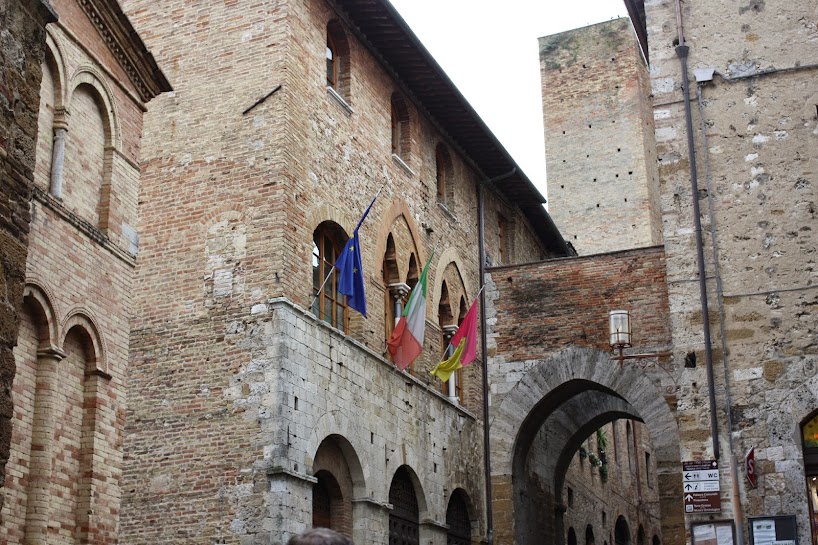 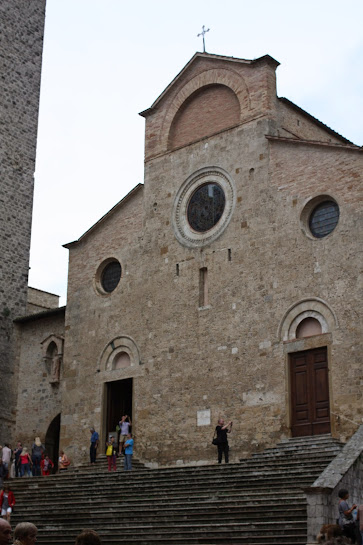 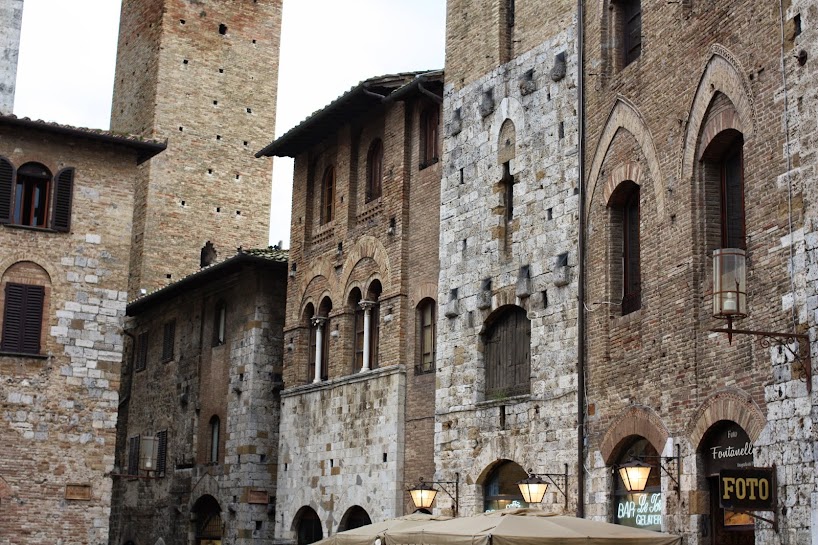 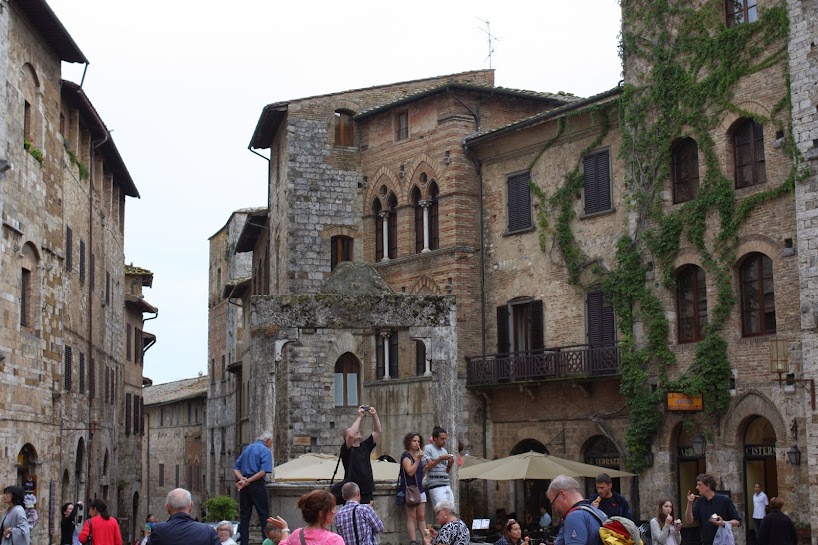 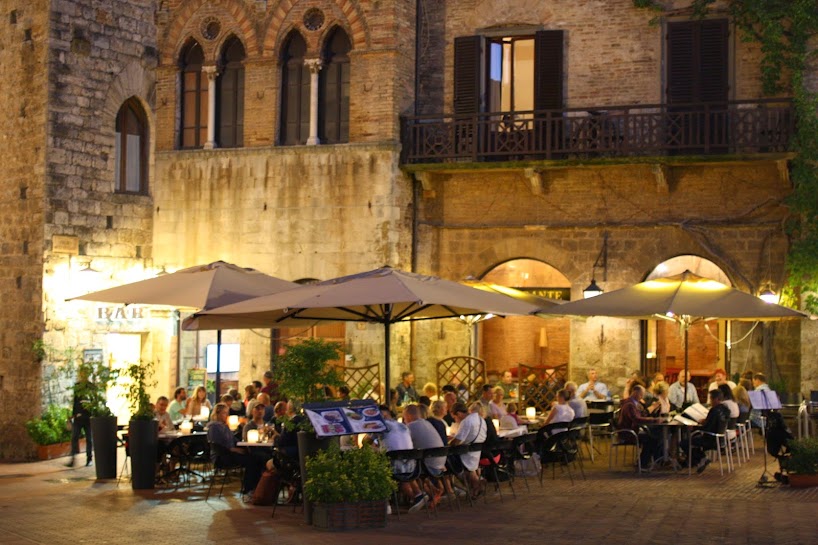 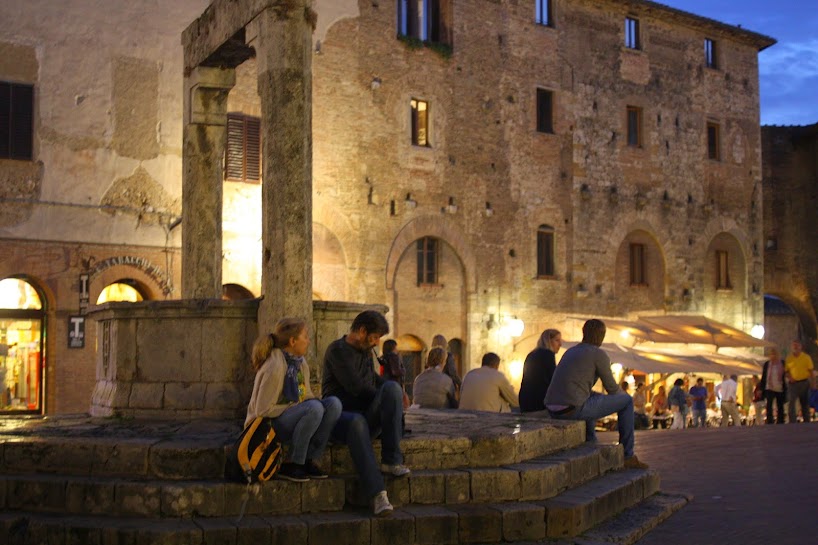 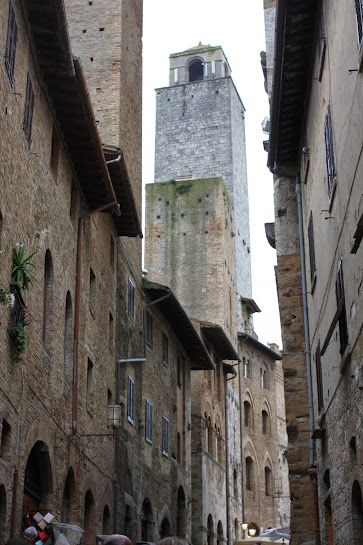 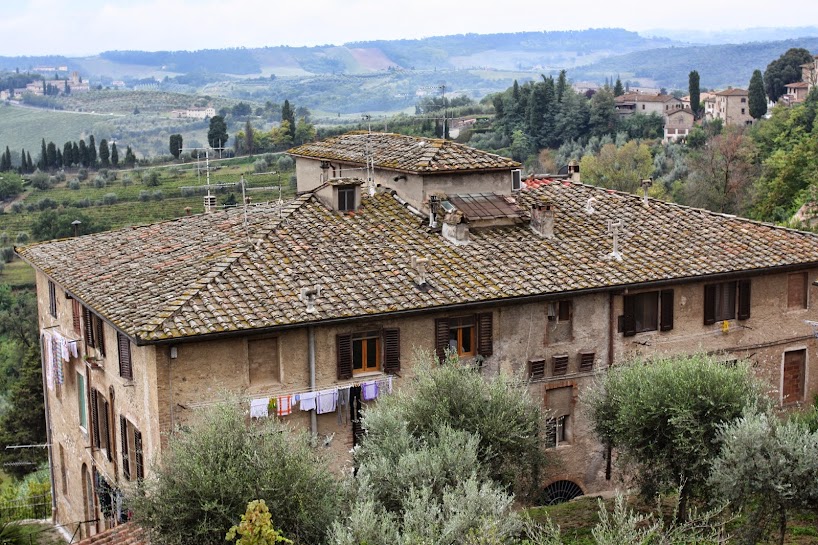 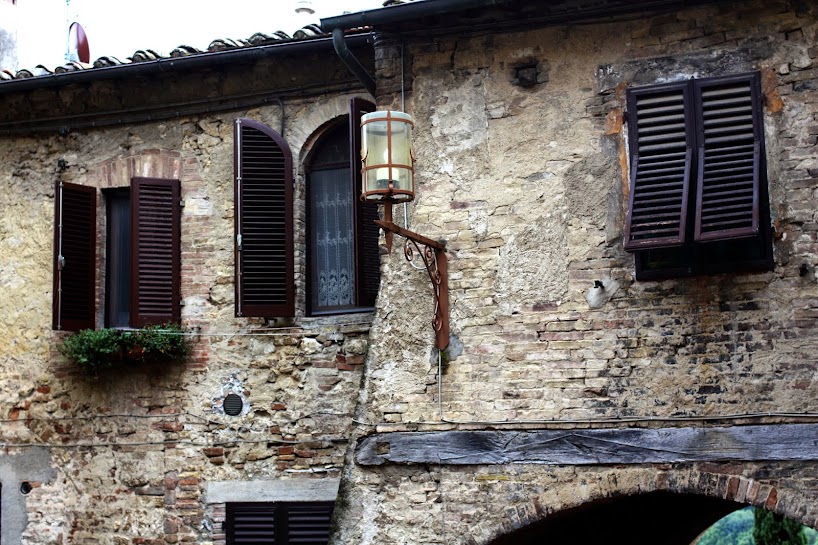 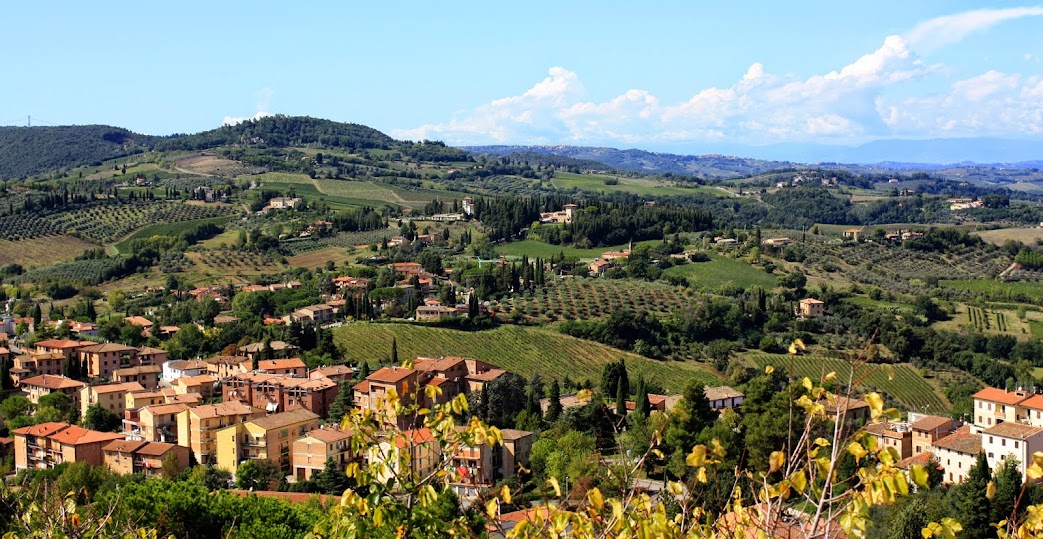