Batu caves are located 13km North from Kuala Lumpur. It looked for me actually as a part of the city. We took a train (KTM Komuter) to get there from KL sentral. It took a bit over 30 mins and costs RM2 per person. We found the trains really cheap in Kuala Lumpur and during one day we stayed there we used them quite often. We had about 20 minutes to the next train and so we waited on a platform watching trains and people come and go. What caught our attention was a cart only for women (koc untuk wanita sahaja).

At the floor of the station were marks clearly showing where this cart is going to stop. The only thing is people seem not to care and on more than one occasion we saw men sitting together with women in the pink compartment. The fines for damaging the train are really high and there are rules of conduct displayed in every cart, so no kissing!

The way from the train station to the entrance of the caves is really short maybe 3 minutes unless you stop to take pictures of the macaque monkeys. There are plenty of them there playing with the food and posing to the pictures. Batu Caves are set in a range of limestone cliffs. The shrine dedicated to Lord Murugan – god of war and victory is located inside hence the huge golden statue at the entrance to the caves. It’s the second tallest statue of Hindu deity in World (42.7m).

There are 272 concrete steps leading to the cave. They are quite steep and in this heat many people had to take a break while climbing. The panorama of Kuala Lumpur when you get to the top is quite impressive. The Cathedral Cave is 100m high and has amazing shafts in the ceiling through which rays of light illuminate altars and statues. These statues depict Lord Murugan, Shiva, Ganesh and Durga. In a chamber behind the central shrine is a statue of another deity, Lord Rama. 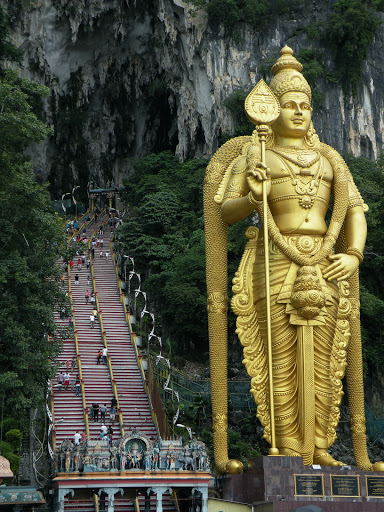 While we were there some ceremony was taking place. It made me think of baptism so it might have been namkaran which is the Hindu practice of naming a baby. I don’t know anything about Hindu ceremonies so forgive me if I’m talking nonsense. On the way up towards the top of the stairs we saw entrance to another cave. We went in on our way back. It’s called Dark Cave and offers educational and adventure caving trip, run by volunteers from the Cave Group of the Malaysian Nature Society. It is a two-kilometer network of relatively untouched caverns. Stalactites jutting from the cave’s ceiling and stalagmites rising from the floor form intricate formations such as cave curtains, flow stones, cave pearls and scallops which took thousands of years to form. We just missed the tour and because we didn’t have much time to see KL decided to skip it. The ticket costs MR48 If you would like to read fun story about it you can do it here. And now enjoy the pictures. 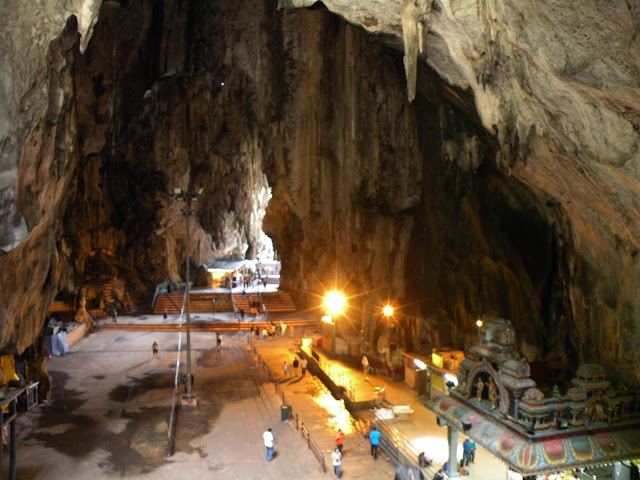 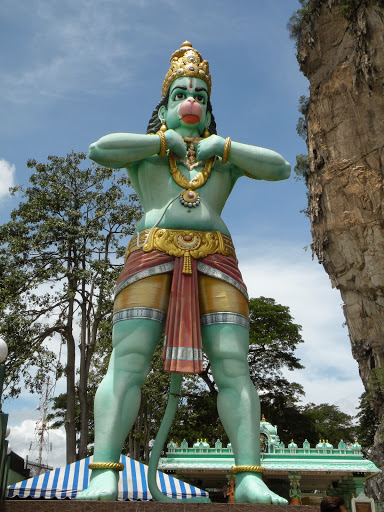 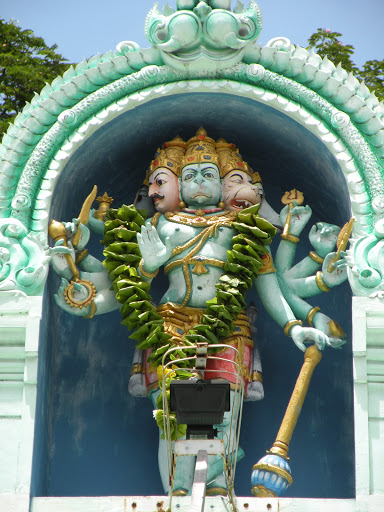 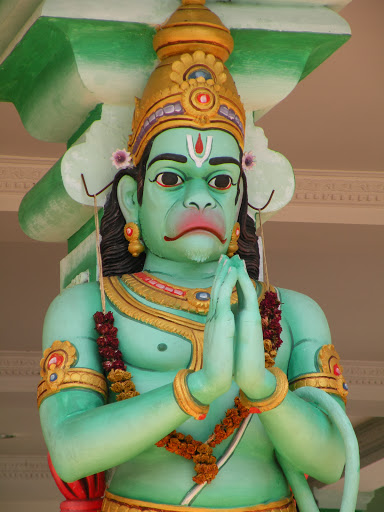 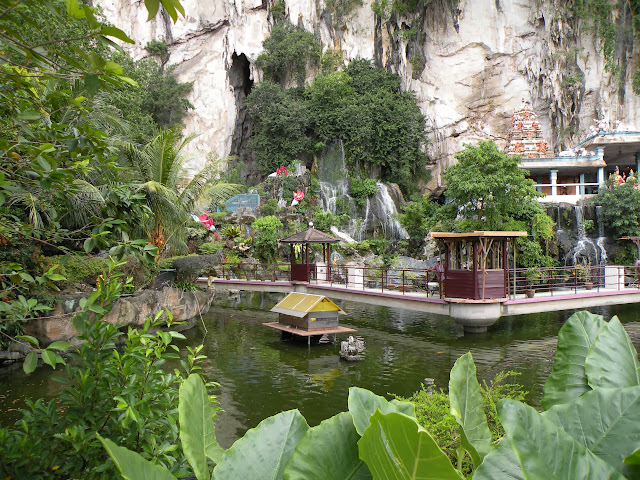 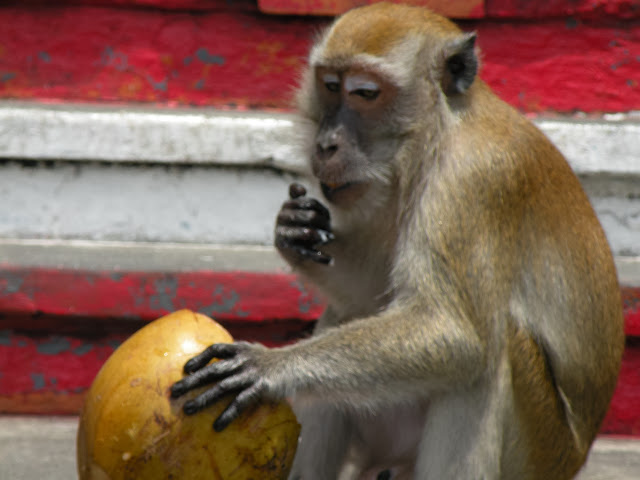 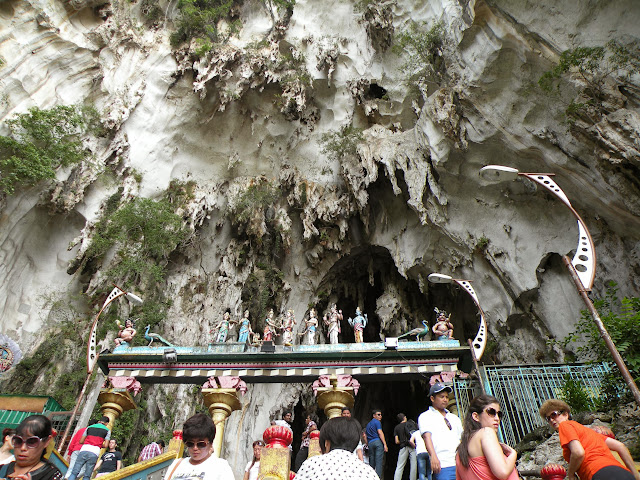 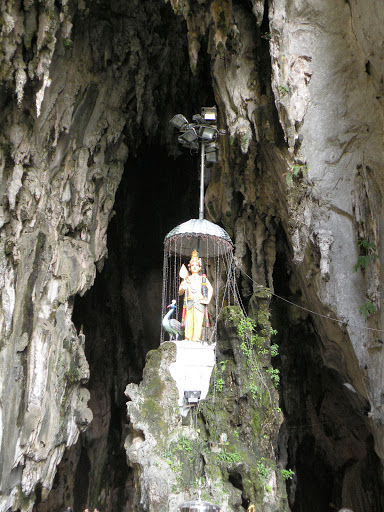 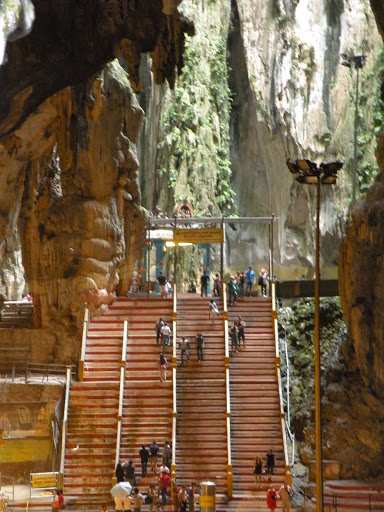 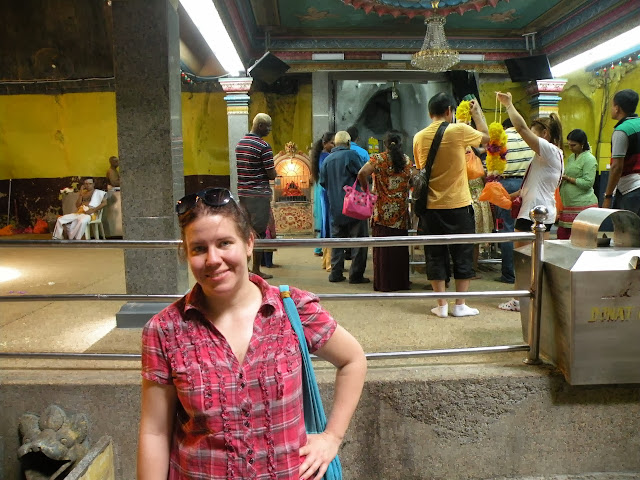 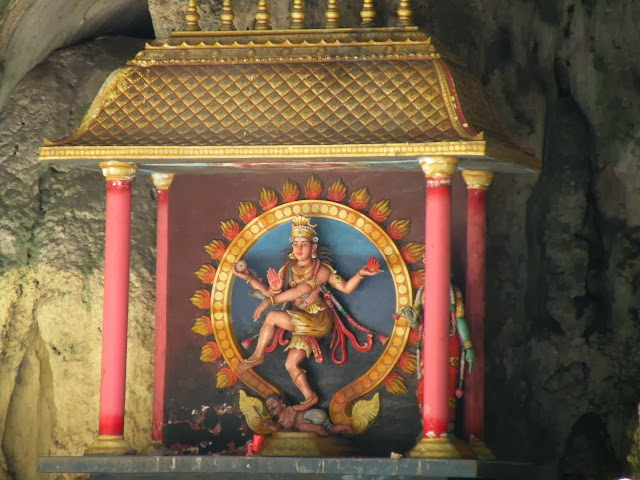 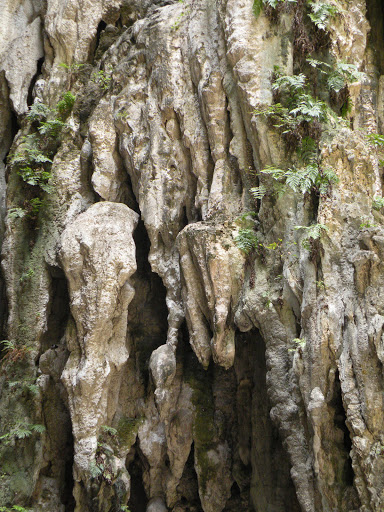 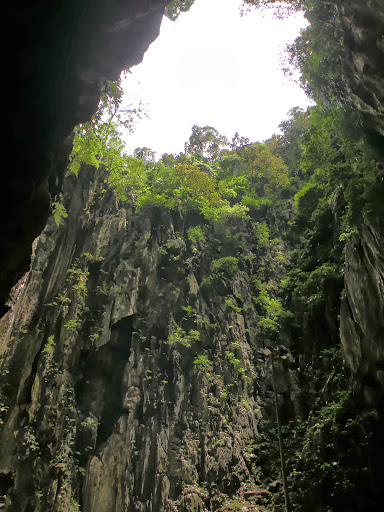 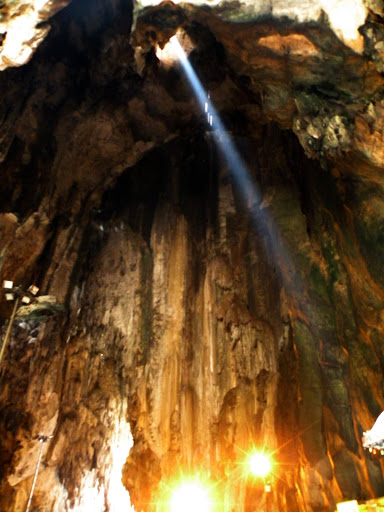 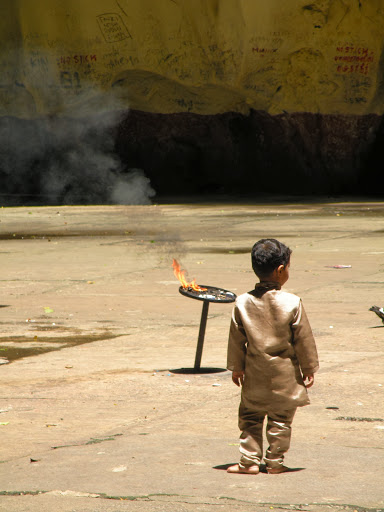 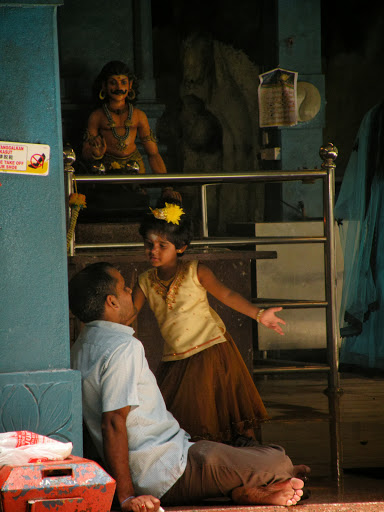 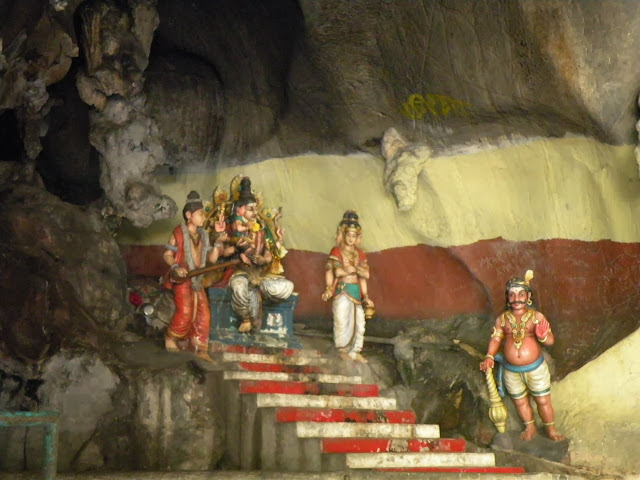